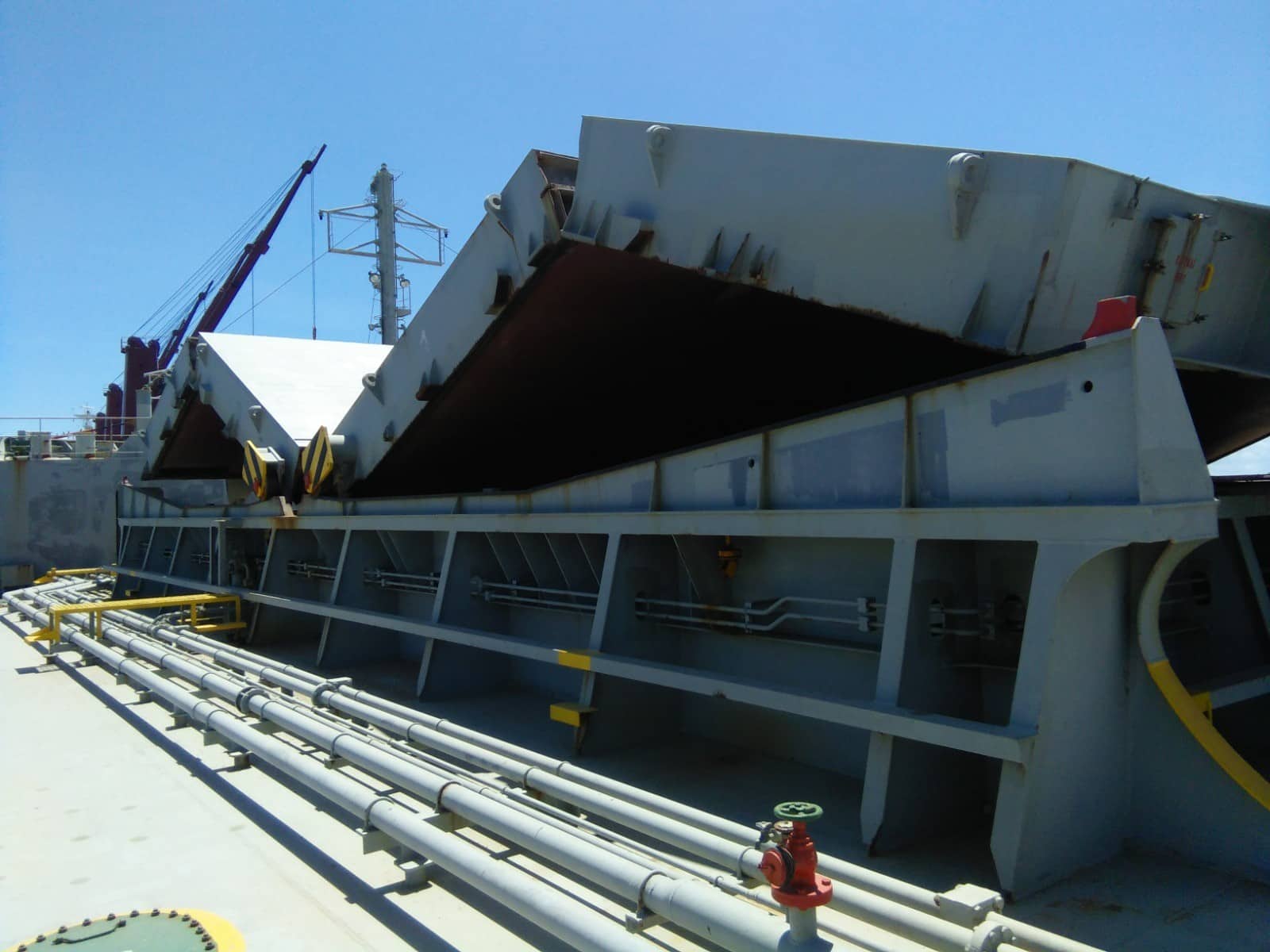 This inspection is conducted onboard the vessel at the beginning and/or end of the chartering and aims at checking the overall condition of the vessel.

The on/off hire condition survey is an inspection of vessel’s navigation bridge, accommodation, machinery areas, holds, main deck, cargo working areas and external shell plating. It is performed in order to identify any damage present prior to the vessel going on/off hire.

By doing it repetitively for many years, our surveyors became experts in analysing a vessel. The eyes of an experienced professional inspect every bulkhead, ladder, pipe, corrugate, lower and upper hoppers, bilge, tank top plating, manhole, hatch coaming, hatch covers and many other structures.

Maiden Marine Surveys start the attendances of onhire offhire bunker surveys at berthing time, before the commencement of loading operation, or, at the end of a discharging operation, in order to inspect the holds without cargo inside to be more precise.

This survey is compared with the previous condition survey carried out to the vessel, in order to determine if new damage have occurred to the vessel from cargo operations and/or stevedores damage.

The bunker survey is required in order to calculate the exact quantity of bunkers on board at the time of vessel’s delivery/redelivery.

The vessel is delivered by the owner to the charterer, in case of On-Hire. At this time, usually, the Master issues a “Delivery Certificate” stating the place, time, parties involved and total amount of bunkers on board.

In case of redelivery, the vessel is redelivered by charterer to the owner by the end of the chartering (Off Hire), when it is issued the “Redelivery Certificate”.

The Surveyor carry out sounding of all bunkers tanks and performs corrections of soundings to vessel’s trim and heel to find out the volume in tanks. Then it is applied corrections for temperatures and specific gravity, in order to determine the actual quantity of bunkers on board at the time/place of survey. The Surveyor checks vessel’s consumption, as per perusal of engine log book and chartering details, to establish the quantity of bunkers remaining on board at Delivery/Redelivery time.

Maiden Marine Surveys is based in Rotterdam, the Maritime Capital of Europe.

Lodewijk Pincoffsweg, 3071AS, Rotterdam, The Netherland